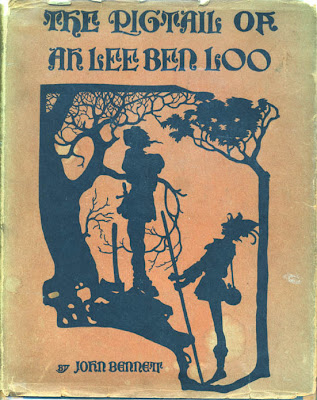 Back when I was in my late teens, a small used bookstore opened in a nearby suburb. The narrow front room was filled with hardcover and paperback fiction; the back room was divided into various nonfiction subject areas -- history, philsophy, science. There was also a twisty staircase that led to the “antiquarian books” on the second floor -- an area no bigger than a large walk-in closet. During the summer the second floor was so sweltering that I’d only climb to the top of the stairs, glance at the shelves for new additions (actually old editions), then quickly clatter down the stairs. In the winter, the second floor was so freezing that the books were icy to the touch, but there was something rather comforting about browsing the shelves and listening to wind buffet the sides of the building and throw handfuls of grainy snow at the window.

Though the store was small and unpretentious, I often made some amazing “finds” there: a first edition of the 1954 Newbery winner ...AND NOW MIGUEL for $4.50. A signed first of SECRET OF THE ANDES for $8.00. One day I came across a big orange blocky book called THE PIGTAIL OF AH LEE BEN LOO by John Bennett. Though I’d never seen this volume in either a bookstore or library, I recognized the title as an old Newbery Honor Book. I took it down from the shelf and saw it was published by Longmans, Green in 1928 and the words “FIRST EDITION” were on the copyright page. Poring through the pages, I could see this collection of stories, poems, and plays about caliphs, vizards, and giants was very much dated in both its writing style (“Once onne a tyme there bin a knighte, / Was called Sir Dominoes / Johannes Houven-Gouven- Schnouver / San Domingo Mose -- / A warrior hee of noble bloode / As e’er found funne in fyghte.”) and its old-fashioned silhouette illustrations. Still, I knew it was a valuable part of children’s book history and thought it was my duty to preserve it.

I turned to the front to see what price would be written in pencil on the endpaper.

Okay, nowadays $25.00 isn’t a real lot of money. Even the latest Harry Potter book cost ten dollars more than that. But back then I was grilling McDonald’s hamburgers and earning a paycheck of about thirty dollars a week, so $25 seemed like a thousand dollars to me. I took the book down to the counter, explaining to the store owner that I only had a few dollars in my pocket and asking if I could put $5 down and then bring in $5 every Saturday until I paid it off. She agreed and set the book aside with my name on it.

So for the next four weeks, as winter turned to spring, I flipped hamburger after hamburger, earned dollar after dollar, and returned to the bookstore each Saturday morning with a five dollar bill in hand. I think I finally paid it off on the day before Easter.

Thirty years have passed and that little used bookstore is long gone. Since that time I’ve bought thousands of books, usually spending more than $25 on even the cheapest ones. THE PIGTAIL OF AH LEE BEN LOO will never be my favorite book (it just wasn't funne to read) but it will always have a special place on my bookshelf -- and in my memory -- because I really felt that I EARNED this book as I slowly but surely worked to add it to my collection.
Posted by Peter D. Sieruta at 6:33 AM

Hi. I have some info that might make this book more interesting for you. Mr. Bennett lived in Charleston, SC, and in the late 1930's his illustrations for this book were focus of the inaugural exhibit of the Federal Arts Project-sponsored gallery in Florence, SC, where I live. The show took place in the basement/bomb shelter of the local library in 1936. If you would like, I can send you a copy of the newspaper clipping.
www.florencemuseum.org.
ask to speak to the curator and tell whoever answers the phone that it's about the Bennett book.

Very cool story!! I've just finished reading this book and came across this write-up via an image search (as your blog seems to be the only place I can find an image for this book!) I'd say you're very fortunate to own a copy of this book! I have mine on loan via ILL right now and I'm feeling a little sad about parting with it today ;-) I can't say it was my favorite read either, but at times I was very entertained. I thought the silhouettes in particular were very nicely done!