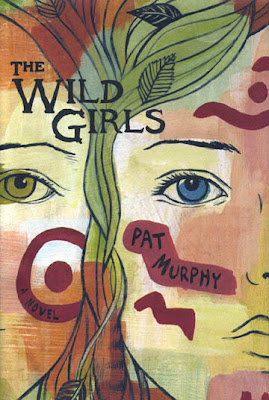 As I type this entry there is a battle of the books going on at the American Library Association’s Midwinter Convention in Philadelphia, where members of the Newbery, Caldecott, Printz, and Siebert committees are locked away making their selections.

Conventional wisdom (or at least Midwinter Convention-al wisdom) would have us believe that Gary D. Schmidt’s THE WEDNESDAY WARS and Christopher Paul Curtis’s ELIJAH OF BUXTON are facing off for the gold medal this weekend. But if there’s one thing I’ve learned in a lifetime of studying the Newbery it’s...expect the unexpected.

It wouldn’t surprised in the least if, when all is said and done, NEITHER of these titles makes the final list and the winner is something I’ve never even considered. It’s happened before.

Right now my bookstore friend and I are trying to send out “positive energy” about our favorite book, hoping it will float from the midwest to Philly and subconsciously influence the Newbery voters. While I’m at it, I think I’m going to send out some positive vibes for THE WILD GIRLS by Pat Murphy (Viking, 2007) in hopes that it can pick up a Newbery Honor. Even without that silver seal, I think this book may find a devoted audience.

Set in 1972, THE WILD GIRLS is narrated by twelve-year-old Joan, newly transplanted from Connecticut to California, where she meets an offbeat girl named Sarah, who prefers to be known as “Fox.” The story gets off to a slightly slow start (ever since Harry Potter, every children’s book seems to be about 50 pages too long and every young adult novel about 100 pages too long) but hits its stride when the two girls win a writing contest and present their story in front of an audience (“We are the wild girls who live in the woods. You are afraid of us. You are afraid because you don’t know what we might do.”) wearing empowering war paint to enhance their courage.

Self-empowerment is one of the themes of this novel. Both girls find their own strength (and support each other) in facing up to parental challenges (Joan’s parents are on the verge of splitting up and Sarah’s mother returns several years after abandoning her) and in taking a summer writing class for kids at the University of California. One of the most appealing aspects of the novel is seeing how the girls apply the lessons they learn in writing class ("Ask questions." "Listen to what people are saying, but figure out what they aren't saying.") to their real-life situations to gain insight and understanding of themeselves and their families.

Why THE WILD GIRLS may become collectable:

Books about writing and storytelling are big with book collectors.

The dustjacket is decidedly different than the now-standard "stock-photo on glossy paper" sported by most books. This one features an arresting color illustration by Gina Triplett on rough paper that gives the book a “classic” appearance.

The" first printing is indicated by the number “1” appearing in this configuration on the copyright page:

At this point there should be no problem at all finding a first edition in bookstores. That could change if the book picks up an award or develops a cult following among aspiring young writers. Also, books of this type often end up selling their first printings mostly to libraries, so the number of copies available to individual customers can become limited. (This is why first editions of books such as A SINGLE SHARD or KIRA-KIRA are so hard to find these days; most of their first printings ended up in libraries.) So why not pick up a copy now just to be on the safe side?
Posted by Peter D. Sieruta at 11:44 AM

and it's on the short list for the Cybils Awards!

Based on your recommendation I ordered a copy of Wild Girls and I absolutely loved it! Thanks for the heads-up on this great title.