No, I’m not talking about Ralph Nader, who announced this morning that he’s running for president yet again. I’m referring to Nader the cat, whose adoptions -- first by Tucker Woolf and later by Dinky Hocker -- propel the opening chapters

of M.E. Kerr’s debut novel DINKY HOCKER SHOOT SMACK! Originally published in 1972, the book has recently been reissued in paperback with a new cover featuring a Nader who looks nothing at all like the calico cat described in the story. But never mind that. Kerr’s novel remains as astute and hilarious as it was over three decades ago when its publication announced a brilliant new voice in young adult literature. And like Nader-the-cat, M.E. Kerr is still going strong today. Her most recent young adult novel, 2007’s SOMEONE LIKE SUMMER, is not only the perfect beach book, but a great book to read right now in the dead of winter. After just a few chapters, you’ll be hearing the surf and feeling warm ocean breezes as February turns into July.

...a relatively new imprint, Square Fish, is issuing paperback reprints of nine Newbery winners and Honor Books in the coming months. Titles include EVERYTHING ON A WAFFLE by Polly Horvath, Madeleine L’Engle’s A WRINKLE IN TIME, A CRICKET IN TIME SQUARE by George Selden, THIMBLE SUMMER by Elizabeth Enright, William Steig’s ABEL’S ISLAND, Natalie Babbit’s KNEEKNOCK RISE, and THE COW-TAIL SWITCH AND OTHER WEST AFRICAN STORIES by Harold Courlander and George Herzog. There’s also a seventy-fifth anniversary edition of YOUNG FU OF THE UPPER YANGTZE by Elizabeth Foreman Lewis, a title just discussed in my blog earlier this week. Finally, there’s the 1966 Newbery winner and perennial shelf-sitter I, JUAN DE PAREJA by Elizabeth Borton de Trevino. I’ve always felt a bit sorry for that last title -- one of the most neglected Newberys in history. It has many strikes against it (a remote setting, an adult protagonist, even its hard-to-pronounce title) but I re-read it a few years ago and found it’s actually a thoughtful and beautifully-written novel...but it will probably only appeal to what they call “special” readers.

I recently began reading ALL-IN, a teenage poker novel by Pete Hautman. The dustjacket stated that this book was a sequel to the author’s earlier NO LIMIT. This confused me, as I thought I’d kept up with Hautman’s work but had no recollection of something called NO LIMIT. I later discovered that NO LIMIT had originally been published with the title STONE COLD (oh, yeah, I do remember reading THAT one!) I have no idea why the title of this relatively recent book was changed.

MOVING TO ANOTHER SHELF

Three authors known for their young adult novels have recently jumped from the teenage shelves to the adult shelves at the library and bookstore:

S.E. Hinton, whose groundbreaking novel THE OUTSIDERS was published while she was still a teenager, now has two recent adult books to her credit: HAWKES HARBOR and SOME OF TIM’S STORIES (University of Oklahoma Press.) 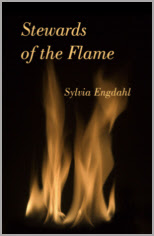 Sylvia Engdahl, whose ENCHANTRESS FROM THE STARS was named a Newbery Honor, has written her first novel in nearly thirty years, STEWARDS OF THE THE FLAME. This self-published speculative novel examines futuristic medical issues. For ordering details, see www.sylviaengdahl.com.

Finally, Printz winner Meg Rosoff’s latest novel, WHAT I WAS, features a young adult protagonist but was published as an adult book by Viking.

I have not yet read any of the above (they are all in my “to be read” pile) but based on the authors’ past works, they surely merit attention.


SAY IT AIN’T SO, MICKEY

Many years ago, my brother and I traveled 600 miles by bus to see a favorite actress perform in a play. Hours before the show, we happened to run into this actress getting onto the elevator of the hotel where we were staying. “Hello!” we said in great excitement.

“Hello AND GOODBYE!” she sneered, as the elevator door slammed shut in front of our stunned faces.

She’s still a great actress, but after that I could never feel quite the same about her. Every time I see her on TV, even today, I can still hear the sarcasm in her voice and the sound of that elevator door clanging shut in front of us.

It actually put me off meeting other heroes and idols, as I’m always afraid they’re not going to live up to my expectations. This is especially true with authors, who are some of my biggest heroes of all. So when I attend a booksigning, I’m always on my best behavior and seldom even ask questions because I’m afraid the author will somehow belittle me. Silly, I know, but you know what they say: once burned, twice careful.

Anyway, last year I attended a booksigning for Gary Schmidt’s THE WEDNESDAY WARS. I had a question I wanted to ask, but was afraid of “getting yelled at” by Gary Schmidt (who actually seemed like the nicest person in the world) so I had a friend ask the question for me. I wanted to know about the novel's “MIckey Mantle scene,” in which protagonist Holling Hoodhood gets to meet Mickey Mantle and the famous baseball player behaves in an unbelievably cruel manner. I wanted to know if this incident was based on something that happened in real life. Otherwise, how could Schmidt make up a scene in which Mantle behaves in such an awful way? Wasn’t he afraid of getting sued for libel?

In case anyone else wondered the same thing, here’s the answer: Gary Schmidt said that the scene between Holling and Mickey Mantle was completely fictional. However, he had heard enough negative stories about the real Mickey Mantle’s behavior that he had no qualms creating this scene. In fact, someone who worked on the production of the book sent Mr. Schmidt a note saying the scene rang very true because he had crossed paths with Mickey Mantle in the past and been witness to Mickey's very bad public behavior.


ANOTHER AUTHOR I DIDN'T SPEAK TO

I’ve mentioned before on this blog that I’m often very lucky when it comes to finding rare children’s books. But I also wonder how often something is right under my nose and I completely miss it.

For many years, I was very good friends with a pair of husband-and-wife actors. I spent a lot of time at their house and was even named the godfather of their youngest son.

The wife was originally from Ann Arbor. Her parents still lived in the house where she grew up and I visited there on many occasions over the years. One day, after I’d been to that house how many times -- ten? fifteen? -- the wife was telling me a story about her childhood and mentioned a friend named “Blos.”

“Oh yes,” my friend said. “The Blos family lives right across the street from my parents. You know she won the Caldecott (sic) Award for one of her books.”

“You grew up across the street from an award-winning author?” I sputtered.

“Sure,” she said. “Next time you visit my parents, I’ll take you across the street to meet her.”

The meeting never happened. Soon after, my friends moved to Chicago and I haven’t seen them much since. But it still amazes me that I was in such close proximity to a Newbery-winning author and never knew it. How many times did I park my car right in front of her house? I may even have walked across her lawn at some point! Wouldn't it have been amazing if I'd actually seen her come out of her house? (But knowing my luck, she probably would have been coming out to yell at me for trampling her grass or blocking her driveway with my car. Hello AND GOODBYE!)
Posted by Peter D. Sieruta at 5:16 PM

I love Juan de Pareja. It has so much loving detail in it, and it moves at a satisfyingly slow place, so you have time to appreciate it. But then I have always known that I am, as you put it, a "special" reader :) (who is the they to whom you refer?)

Did you read I, JUAN DE PAREJA as a child or an adult? I think that makes a difference. When I was a kid, I thought it was deadly dull. As an adult, I could definitely see its merits. I just don't think it's a very kid-friendly book.

You asked who I meant by "they." I guess I am referring to review publications, librarians, editors, etc. who often use the term "special reader" in discussing a book's potential audience. The review publication THE BULLETIN OF THE CENTER FOR CHILDREN'S BOOKS utilizes different "codes" with their reviews ("R" for "recommended", "M"is marginal, etc.) They have one code called "SpR," defined as "a book that will have appeal for the unusual reader only. Recommended for the special few who will read it."

One could argue that anyone who reads books outside the broad mainstream could be considered a special reader.

Heck, I think you're a special reader just because you visited my blog!

This is actually in reference to your earlier blog post. Next time you see Gary Schmidt, do talk to him. He's terrific & is a very down-to-earth, genuine, nice person. I think the two of you would get along well.

I read and re-read Juan as a child (first time maybe around 10 years old). Maybe it is a book that has more "girl" appeal than boy, because so much of it is about relationships, and nothing much happens. I also like books in which characters are learning in a very concrete way how to do things, and this one has a richly described "learning to paint" sub plot.

Thanks for the "special reader" clarification. Now that I know that such a catagory exists, I feel proud to be a part of it.

I would also like to talk to Gary Schmidt.

I read Juan de Pareja as an adult and enjoyed it very much. I agree with Charlotte's critique, but want to add 2 comments:
1. Very few students in elementary grades (say 4th - 6th) have the understanding of history to appreciate the novel - as a school library tech I notice that it is a real challenge to get kids interested in historical fiction genre in general.
2. I once had a public children's librarian tell me that "Newbery winners are the books ADULTS think kids OUGHT to read, not necessarily that they'll WANT to read." I'm not standing on her opinion as "gospel" but it did provoke some new thoughts about the merits of Newbery winners (especially older titles) in a K - 6 library setting. I did a little research on the Newbery qualifications and saw that they select titles appropriate for ages up to 14, which could also mean 12 and 13 and up, rather than down to age 9 which would be a 4th grade student. I looked over the older Newberies in my library and discovered that despite a beautiful Newbery chart posted, the Newbery titles were rarely, if ever, checked out. Most of them were too challenging in reading levels/understanding for my school population, and too wordy. So at the end of that school year, I pulled most of them out and gave them to one of the 6th grade teachers, who wanted to assign a Newbery book report. The two other 6th grade teachers were not interested at all.