Though the menu for Superbowl Sunday usually involves lots of pizza and chicken wings, I hope there’s still room for a little brunch. Today’s blog includes a free novel you can read right this very minute, without even getting up from your computer; lists the ages of Newbery Award winners; discusses Neal Gaiman’s expletive-laden response to winning that award, and, in honor of the Superbowl, includes a topical story in which football got punked by a children’s book.

It’s been nearly a week since the children’s book awards were announced at the American Library Association in Denver. It’s going to take a while for me to wrap my mind around this year’s winners. For now, I’m just glad I have them, and have read them all. In fact, thanks to my east coast friend, a couple of them are even autographed!

That same friend spent this past week clearing her shelves of 2008 books and making space for new titles. I’m trying to do the same. Another book collecting buddy asked if I’d performed “the ritual” yet -- adding the new winners to the shelf with the previous winners. He also asked if I played special music to commemorate the moment.

No, I didn’t play any music, but I did experience that special moment when the current winners are placed on the shelf. That's when I reflect on the titles that just won. And think about last year’s books which have just ended their reign. Then I look at my entire collection of Newbery volumes and just feel very, very lucky to have these books in my life. 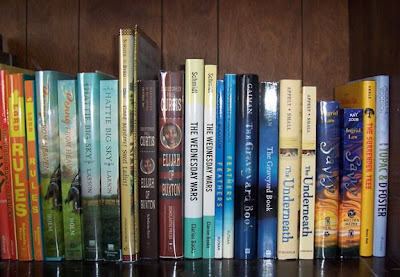 It just lasts a moment. And then I start thinking about all the new titles being published and wonder what books I’ll be adding to my shelves next year.

Looking backward, looking forward -- it’s what collecting books is all about.

HOW OLD WERE THEY?

Someone recently visited this blog trying to identify the youngest Newbery winner ever. I would have guessed either Elizabeth Enright or Robin McKinley. So I began checking the ages of all the winners and discovered I was right on Enright. She was only 30 when she won the award for THIMBLE SUMMER in 1939. However, Robin McKinley turned out to be the fourth-youngest, coming in just behind Monica Shannon (DOBRY) who was also 30 when she won and William Pene DuBois (THE 21 BALLOONS) who was 32.

Reading the books as a kid, of course, all these authors seemed old but now I’m amazed to realize how young many of them actually were when their works were singled out for distinction. Hugh Lofting was only 37 when THE VOYAGES OF DR. DOLITTLE won? And who could believe that Lloyd Alexander finished his entire Prydain series and had already won the Newbery for the final volume, THE HIGH KING, at age 45?

As it turns out, most Newbery winners have been in their forties and fifties, with just a handful in their sixties, and only one septuagenarian, Carolyn Sherwin Bailey (MISS HICKORY) -- the oldest winner ever at age 72.

Below is a complete list of all the winners’ ages, with this proviso: I have made no attempt to check the exact age of an author on the exact day they won the Newbery. I am listing their age for the year in which they won. For example, I have newly-crowned winner Neal Gaiman listed as 49 because he was born in 1960 and won the award in 2009. However, Mr. Gaiman’s forty-ninth birthday is not until late November. So technically he was only 48 on the day he won the award. And since the Newbery is announced very early in the year, we can probably assume that most of the winners may be just shy of their listed age in the chart below.

Folks in Their Forties

Just after the announcement that his GRAVEYARD BOOK had won the Newbery Medal this past Monday, author Neal Gaiman posted this reaction on his Twitter site:

Gosh, that was the exact same thing Carolyn Sherwin Bailey said when she won for MISS HICKORY back in 1947.

School Library Journal reported, "News about the tweet traveled quickly around the Denver convention center...and some librarians were already expressing disappointment, saying such language was inappropriate."

Some attendees -- eager to replace the stereotype of the uptight librarian brandishing a ruler and whispering “shh” with a more insouciant “we cool, we cool” image -- said they found Gaiman’s comments inoffensive and hilarious.

In order to get a measure of public opinion on this matter, I solicited three divergent opinions about Neal Gaiman’s comments from the library world. (For what it’s worth, I find myself agreeing with #3.)

Opinion #1: “I’m glad Mr. Gaiman made his comments on one of those new-fangled computer-machines and not in my presence because if he’d spoken that way in front of me, he would have felt the wrath of my ruler. I have been a member of ALA since...well, let’s just say that SECRET OF THE ANDES didn’t seem like such a bad winner at the time...and this is the most shocking display I’ve ever witnessed at a convention. Personally, I’d like to start a petition to revoke Mr. Gaiman’s award and give the Newbery to THE UNDERNEATH. There was surely no gutter language in that book...just a little animal abuse -- and that’s always been a hallmark of quality children’s literature.”

Opinion #2: “Any @##$@ who’s pretending to be shocked or offended by Neal’s remarks is full of @#$#. They’re all a bunch of @#(*) hypocrites! Let’s face it: there’s nothing wilder than a group of librarians unleashed. You should hear the raw language that flies around this %#$@ convention hall when people don’t like the book that wins the @#&^ Newbery or Caldecott. And let’s not even get into all the babies that are born nine-months-to-the-day after each and every @^%$% convention. Our motto used to be, “What happens at ALA, stays at ALA,” yet now they’re suddenly all a bunch of priggish prudes @#$@#$ing and moaning about Neal’s comments...? &*@# that! As far as I’m concerned, they can all kiss my @#@!”

Opinion #3: “Look, I work in a library. The last thing I’d ever advocate is censorship. If he said it, he said it and I can’t fault his unbridled enthusiasm. But at the same time, I wonder what ever happened to civility? Dignity? Using words -- any author’s stock-in-trade -- to say something profound and quotable? (Laughs.) Okay, I guess his Twitter remarks did prove to be pretty quotable. But if the MVP in this week’s Superbowl went on TV right after the game and made these same remarks, would we find them ‘hilarious’ or wish he’d shown a little more restraint? I just have to wonder, in the immortal words of Matron Mama Morton, whatever happened to class?’

GET THE LEAD OUT

Speaking of controversies, here’s something that almost sounds like a joke, but I can assure you it is not. Both CNN.com and Publishers Weekly recently reported that the Consumer Product Safety Commission Improvement Act will soon require books for children under age twelve to be tested for lead content.

According to the CNN story, here's how Emily Sheketoff of the ALA responded to the news:

"While we understand the process the CPSC must carry out in order to ensure this law is properly enforced and that the safety of our nation's children is protected, we believe the commission is wasting time and resources by zeroing in on book publishers and libraries."

If libraries can provide evidence that broad classes of books don't pose a risk of harm to the public health, then they can be granted an exemption from the testing requirements. If they can't prove that and if the books actually do pose a safety problem, then they shouldn't be sent home with kids. They don't have to test every book, obviously. They don't even have to test anywhere near every title. I think they really have to test a reasonable sample size of different classes of books -- different types of binding, different types of materials used.

The whole thing sounds like a tempest in a teapot to me. (Gosh, I hope the teapot has been tested for lead content.) Or maybe Big Brother is trying to steer us away from books and have us all reading from Kindles or some other electronic reading device.

Let’s see...the economy is in shambles...millions are out of work...banks and car companies are asking for bailouts...we’re at war in Iraq and Afghanistan...healthcare costs are soaring...terrorism remains a constant threat...and your copy of THE HIGHER POWER OF LUCKY might be .000001% above current safety standards for lead.

Haven’t we got better things to worry about?

I hope this cockamamie idea goes over like a lead balloon.

Not being a big fantasy fan, I’ve never read the “The Ranger’s Apprentice” series, which is written by Australian John Flanagan. However, these titles are so popular that they’ve appeared on the New York Times bestseller list for children’s books. Flanagan’s American publisher Penguin is celebrating the upcoming release of Book Six by giving readers the opportunity to read Book One, THE RUINS OF GORLAN, free of charge right on their computers. You can get to the e-book just by clicking here. The offer will be available free online until February 15. Personally, I like a book you can hold but maybe reading this story online will encourage readers to seek out the other books in the series -- hold them in their hands, turn the pages, and smell the ink.

IT WASN’T FUNNY AT THE TIME.

It was November 17, 1968 and the New York Jets were playing the Oakland Raiders in Oakland, California. 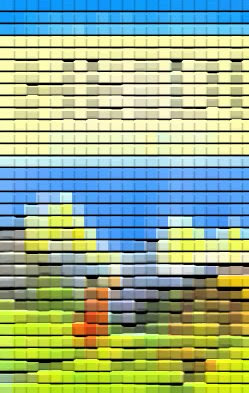 The Jets were leading 32 to 29 and there was little more than a minute left in the game, so NBC decided to swtich over to their regularly-scheduled programming. 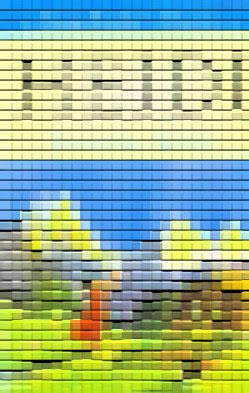 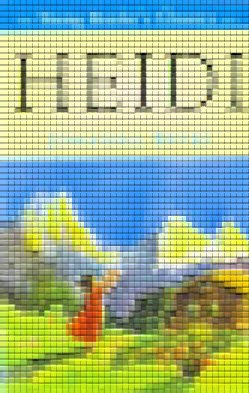 Who would think that a TV movie based on Johanna Spyri’s 1880 children’s novel HEIDI would ruin a football game for millions of viewers? Who would think that so many grown men could still be moved to tears because of a classic children's book featuring a little lady in lederhosen? 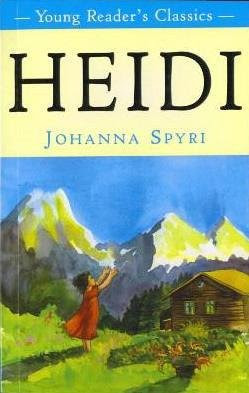 The typical librarian responses to Gaiman's tweet are hilarious. :-D

Congrats on your inclusion in The Writer!

I think Gaiman's response to winning was very interesting. I also have to agree with the third scenario you gave about responses to his enthusiam. I believe that he had the right to celebrate however he wanted, yet he could have excersized a bit more control. At the same time, he was probably really excited and that is how some people express their excitement. Either way, it is kind of funny that it caused such a stir.

The Heidi Bowl story is quite funny, I never knew that! I guess the tv station will be careful never to let that happen again.

We are a gaggle of volunteers and beginning a brand new initiative in a community. Your blog provided us priceless information to work on. You might have accomplished a marvellous job!