The musical MARY POPPINS is currently packing 'em in on Broadway. Filled with memorable melodies -- "Jolly Holiday," "Chim Chim Cher-ee," "Supercalifragilisticexpialidocious" -- and featuring moments of stage magic such as Bert dancing upside-down on the proscenium arch and Ms. Poppins flying up to the rafters of the theatre, the show is said to be a real crowd-pleaser.

It all seems kind of old-hat to me. After all, I performed in that show well over forty years ago.

Of course our production wasn't on Broadway, it was in our basement. And there were only three people in the cast. And two in the audience. But still, it was Theatre.

Our version of MARY POPPINS was based on the movie, then in its original release. (Yeah, I'm old.) The girl across the street played Mary P and my brother and I played Everyone Else. We acted out the movie scenes as we remembered them and whenever we got to a musical number, we'd run over to the record player, play the song from the LP, and loudly sing along with it.

As I said, there were only two people in the audience: my parents. Can you imagine them sitting there as that overture dragged on and on, watching the girl across the street repeatedly pat her face with a cotton ball...for three or four minutes? I'm not sure how much of our show they ended up watching. I seem to recall they were still there as we flung ourselves around the pole in the center of the basement screaming "A Spoonful of Sugar," but they were long gone by our big "Let's Go Fly a Kite" finale, having found a polite way to tell us to go fly a kite so they could escape upstairs to grown-up things like newspapers and coffee and earplugs.

I remembered that experience -- my first and last acting job -- today after receiving a comment from blog-reader Reg about a school textbook:

There was an old copy of Adventures in Reading at our house -- I think it had belonged to my mother and I just about memorized it. A newer edition was assigned to me at some point in late grade school (late 1960's) but it had lost some of its magic by then though it was much less moralistic. One of my favorites was missing: Inside a Kid's Head which was a play. I had visions of staging it. I may have to find a copy...

The first thing I did was look up the play INSIDE A KID'S HEAD, which turned out to be an early work by Jerome Lawerence and Robert E. Lee, who would later go on to write such stage hits as INHERIT THE WIND.

But Reg's comments got me thinking: what is it about kids putting on plays? I know beyond a doubt that I had never seen any type of stage production before we did our underground (figuratively and literally) version of MARY POPPINS : THE MUSICAL. I'll venture to say that most little kids haven't seen any professional plays before they dig through boxes of old clothes and perform their first show in basement, attic, or garage. The urge to perform, to play-act, to tell a story, seems almost universal among kids. There's a reason those Mickey and Judy's "Hey, let's put on a show!" musicals touched a chord with movie audiences.

You'd be surprised by how many times I mention a children's book to someone and they respond, "I once made up a play based on..." (THE SATURDAYS by Elizabeth Enright...or Louise Fitzhugh's HARRIET THE SPY...or Sendak's WHERE THE WILD THING ARE.) Other former-kids have told about they used dolls or stuffed animals to stage bedroom-floor productions of WINNIE-THE-POOH and the the "Little House" series by Laura Ingalls Wilder. ("I had a doll whose eyes had fallen out," one woman told me. "She played the part of Mary Ingalls.")

Considering this innate interest that many children have for drama, there are surprisingly few BOOKS containing plays for young people. Back in 1977, Alfred Bradley adapted several of Michael Bond's Padington Bear stories in a volume called PADDINGTON ON STAGE. In the introduction, Mr. Bond explains, "Over the years lots of children have written in asking, 'Why isn't there a Paddington play?' and as many again have told of their efforts in schools, or at home in the spare room, the garage, or outside in the garden, to put on a play of their own." The seventies also brought us three children's plays by Joan Aiken, WINTERTHING, THE MOONCUSSER'S DAUGHTER, and STREET. In 1990, Donald R. Gallo published CENTER STAGE : ONE ACT PLAYS FOR TEENAGE READERS AND ACTORS, a so-so volume that contained works by YA writers such as Susan Beth Pfeffer, Lensey Namioka, and Walter Dean Myers. 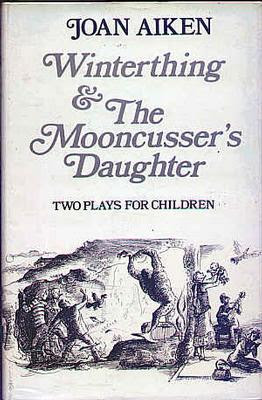 Over the years there have been a handful of other books containing drama for young readers, as well as picture books (YO! YES? by Chris Raschka), novels-in-verse (WITNESS by Karen Hesse) and multi-voiced stories (SPEAK by Paul Fleischman; NOTHING BUT THE TRUTH by Avi) which would make good performance pieces -- especially for the classroom.

Oh, and I guess I should mention that old stalwart, PLAYS MAGAZINE, which every library seems to own, though I've never actually seen any kids reading it. When I was growing up, it always seemed so dry and foreboding. Did anyone out there ever read it? Perform plays from it?

The fact that volumes of children's plays are in short supply makes me think that there isn't much of a market for them.

Perhaps kids find them off-putting -- too formal, too constrictive and circumscribed -- with all those stage directions and word-for-word dialogue.

The kids and former-kids I know seem to prefer making up their own plays, or at least adapting them on their own from children's stories.

Were you one of those kids?

Were you Mary Poppins, applying red crayon to your lips while sitting on a washing machine?

Were you Charlotte the Spider, crawling around on your hands and legs and waiting for your big death scene?

Were you Peter Pan, jumping off the edge of the garage roof?

Do you remember a time when you not only read about your favorite book characters, but also pretended to be them?
Posted by Peter D. Sieruta at 9:56 AM

"Inside A Kid's Head" is that imaginary tour through a boy's head, right? I remember the fuzzy stuff and the "tour guide" saying it was all right, he had only been "woolgathering."

I remember as a child acting out the part of the three witches in Macbeth for the entertainment of my classmates with the "When shall we three meet again?" scene, which for some reason I memorized. I did go on to write, and act in, our class play in fifth grade, although that was a sort of fan fic based on a radio play that was popular at that time.

I remember being Heidi at about age 8 and all the other members of the family had to be the other people in the book.
I also remember our second grade class acting out The Little Witch during recess. I can still remember Karen being Madame Snickasnee and chasing us with an evil laugh.
Two other girls in my neighborhood made up plays in their garage, but I was always "the audience".
When I was about 8 I had a collection of dolls from foreign countries and I made up a play with them. It only had one performance which my parents watched with much amusement.
Jeanne K.

My neighborhood friends and I tried to put on a play version of The Lion, The Witch and the Wardrobe. It hit a massive snag when all the boys argued over who got to be Peter (and thus have a sword) and who had to be Edmund (who didn't get a sword). Needless to say, it didn't lift off the ground. Such is childhood! I later moved to an area that had next to no children my age, and the kids that were my age didn't like reading (they were far more into video games), so my life as a playwright was incredibly short.

...also, completely unrelated, but could you explain the difference between a Printz Honor book and a Printz Award book? Does one simply mean it won, and the other mean it was nominated? I've been trying to figure out the difference (odds are I am being dense!) for a while now, and then I thought "Hey! Mr. Sieruta would probably know!"

(re-posted comment, since the typos were staring accusingly at me.)

one of the features of the new Royal Caribbean cruise ship Oasis of the Seas is a theater specifically for children to put on plays.

If you really want to see it, go to oasisoftheseas.com, under Choose a Gallery, select Building Oasis, then scroll down to the bottom of the list of videos (I have to flip back and forth between the galleries to get it to display the full list) and choose 'Royal Caribbean unveils Youth Zone on Oasis of the Seas - Oct 21, 2009' and go to the 1:35 mark

Peter--I used to love PLAYS MAGAZINE. The Park Place Public Library in Houston subscribed, and I used to sit in a particular chair next to the window and read each issue front to back and dream of being on the stage. I had not thought of it in years until I just read your post. Thanks for the happy memories.
Kathi

Was "Plays Magazine" the digest-sized magazine with the color covers? I remember a play magazine from school (1960s). It would have several plays in it and some short skits. In February it would have Valentines Day plays and skits about George Washington, in November pilgrim and other Thanksgiving productions, etc. In sixth grade our teacher asked me to pick one of the plays from the December issue for our grade to present at the Christmas assembly. I picked one that had a good role for my best friend. :-)

My little sister and I were Frog and Toad, (Arnold Lobel). I always wanted to be Toad, because he was the funny one. But i was older and taller, so I had to be Frog.

I did a one-woman (child) version of Mary Poppins for an extended run in my basement. I would never see her on Broadway! What? No Julie Andrews? No way! Got a kick out of stirring up my own memories.