Last Saturday marked the end of Banned Books Week. Begun in 1982, this annual observance -- sponsored by the American Library Assocation and the American Booksellers Association, among others -- celebrates intellectual freedom and the right to read.

Besides, this is an issue that deserves discussion all year long. Books are challenged every day in libraries. And there are people who devote their entire lives and careers to promoting intellectual freedom. In one form or another, every week is Banned Books Week. And all of our lives are impacted.

In grade school one of our English textbooks included a section of Gilbert and Sullivan lyrics printed as poems. We liked them so much that our teacher brought in a record album of Gilbert & Sullivan songs. We sat listening to the first couple tracks and then a selection from THE MIKADO began to play:

At the first giggle from the class, our teacher raced over to the record player and pulled the needle off the LP with a SCRRRRRATCH and said fun time was over, we needed to get back to our reading. Then she skipped right past the Gilbret & Sullivan unit and moved on to "Abou Ben Adhem" by Leigh Hunt, which we didn't understand and wasn't nearly as entertaining as Dicky-birds singing, "Oh willow, titwillow, titwillow."

Censorship? I don't know. And was it censorship a few years later in high school when an English teacher passed out paperback copies of SIDDHARTHA by Herman Hesse, with a piece of gray duct tape concealing the bare chest of the Buddha figure on the cover of each and every book? It's not like she wanted to prevent us from reading the novel -- quite the opposite. But she did try to stop us from looking at the illustration.

The 1970s were weird that way. I still remember reading a letter to a review journal back then in which a librarian proudly reported that she'd whited-out the word "bastard" in her library's copy of Thomas Rockwell's HOW TO EAT FRIED WORMS and written in the word "bum" instead. 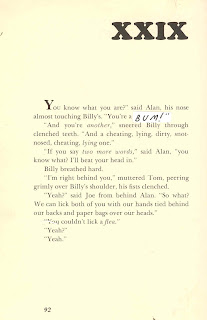 Then there was the person who created construction-paper diapers and pasted them over Mickey's private parts in Maurice Sendak's IN THE NIGHT KITCHEN.

Around that time I was at the library and overheard (well, eavesdropped on) two librarians talking about a new children's title called FREDDY'S BOOK by John Neufeld. One said, "It was obviously just written to shock people and get publicity." The other responded, "Well, this library system won't be buying it!" I thought about that statement (after, you know, jotting down the title so I could find it elsewhere) and realized there were a lot of books the Detroit Public Library didn't purchase for its shelves. Back in those days, they didn't stock the controversial Judy Blume titles ARE YOU THERE GOD? IT'S ME, MARGARET or THEN AGAIN, MAYBE I WON'T. And because someone way back in time had found the Baum's Oz books to have "no value," those volumes were not offered in our library either...and consequently I still haven't read them to this day.

Can this kind of "book selection" be called censorship? I'm not even sure about that. After all, no one said these books couldn't or shouldn't be published. On the other hand, they did block us from having access to them when we were growing up....

Sometimes I wonder if I ever contributed to that situation myself. There was a time when I wrote and published hundreds of book reviews a year. Many of these volumes were pretty bad and I said so. That was my opinion and -- while I contend that it was pretty well-informed opinion -- I do wonder if my opinion ever affected book selection decisions and kept a book out of the hands of the kid who needed it most.

Most of the time I feel like every kid should have access to every book. But then I start to think about volumes published in a less enlightened age. What about titles like this 1950s career series where kids are relegated to various jobs by sex, with boys getting to explore the fields of firefighting, carpentry, aviation and law enforcement, while girls get to be librarians and telephone operators? 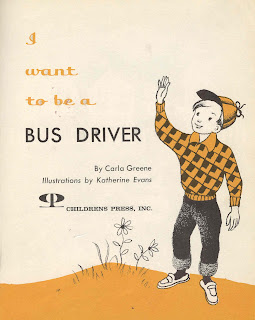 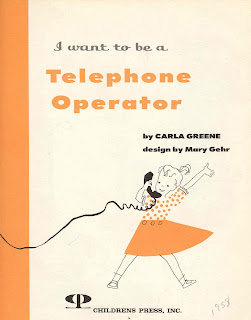 What about books that reinforce cultural or religious stereotypes? Should they be removed from library shelves? Is that censorship too?

This is why I need more than just a week to think about banned books. And to celebrate our freedom to read. I'm glad that things have changed so much since I was a kid. The Detroit Public Library now carries Baum and Blume. I hope they always will. Yet we all know that societies constantly change and that winds blow in both directions. For every one of us who peels back the tape on the cover of SIDHARTHA, tracks down a copy of FREDDY'S BOOK, and demands to read freely, there is someone else -- maybe MANY someone elses -- out there covering up illustrations, whiting out words, and challenging our very right to read. Who knows what the future will hold. I just hope it's not a classroom without music...an illustration completely hidden by tape...and entire pages and books whited-out and blank. 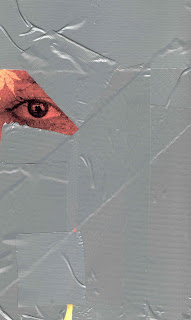 Very good post! I find myself somewhat of the same position. I find a lot of people who are very gung ho on not banning books do find much to complain about (or ban) old 50s type books with sexist or racist references by today's standards. Shouldn't the fight against book banning work both ways? It always made me wonder what those words were.

But then I had parents who didn't censor my reading at all and I since I loved Judy Blume's books I ended up reading Forever way younger than I should have. I'll always remember the scene where the boy, Michael is it?, "rolls on a rubber". Well back in those days we called erasers rubbers and I couldn't for the life of me understand what an eraser had to do with sex. LOL

I grew up in the 70s too and our school librarian and the public children's librarians used big black markers to hide forbidden or rude words (No matter that it also hid the words behind it on the other page!)

You should check out Storybox. They are great for Kids aged 3-6 and have a drawing competition on this month in association with Sesame Street!