Throughout the annals of history, a number of women have inspired terror in the hearts of men.

Perhaps it was the Wicked Witch of the West that made you cover your eyes and shriek for your mother. 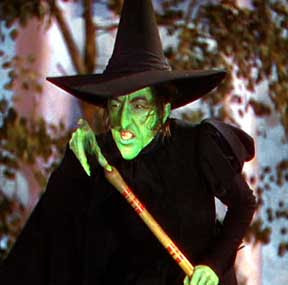 Maybe it was the Bride of Frankenstein. 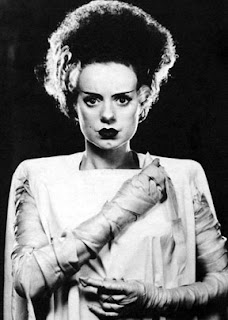 Or was it Mrs. Bates who kept you up until the wee hours, afraid to turn off the lights? 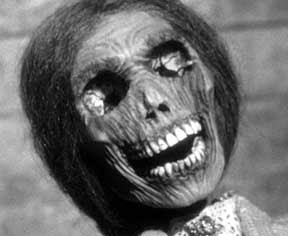 Yes, all those ladies are pretty scary, but the one who made me shiver, shake, clutch my stomach, and bite my fingernails to the quick was...Ilsa. 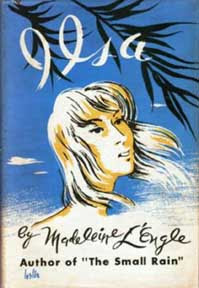 I have been thinking about this Madeleine L'Engle novel ever since Bookfinder.com reported it was one of last year's most sought-after out-of-print titles. When I mentioned this in my Sunday blog, a reader commented: "Jeepers, the minute the economy recovers I'm selling my copy of ILSA."

I hope they make a mint.

My own experience selling a copy of ILSA turned into something of a (dim the lights and cue the creepy organ music)...horror story.

It all started because I got greedy.

This happened about ten years ago, when the economy actually was pretty good. Or at least good for some. I've never been able to make much money writing or sharing my knowledge of children's books, but I had a regular full-time job in a library. It didn't pay a lot (someone once told me, "My Christmas bonus is bigger than your annual salary") but it covered the bills...mostly. Like a lot of people, I lived paycheck to paycheck, aware that I was one busted transmission or one root-canal-and-porcelain-crown away from the poorhouse.

My problem was that I had expensive tastes.

As a book collector, I was always running across rare volumes...first editions...special one-of-a-kind books that really seemed to belong on my shelves at home.

Luckily, I had a way of supplementing by income. As I haunted used bookstores, I'd sometimes stumble upon things like a first edition of JOHNNY TREMAIN for $5 or a signed copy of GINGER PYE for $15. Knowing these books were more valuable than that, I would purchase them and then turn around and sell them on eBay for $50 or $60. Buy low and sell high...isn't that what the Wall Street guys recommend? It was a nice way to earn money for my own "book fund."

But then I got greedy.

One day I was poking around on eBay and discovered someone auctioning off a first edition of Madeleine L'Engle's early novel ILSA. I watched in amazement as a series of potential buyers bid higher and higher: $100...$200...$500...$1000! The book ended up selling for over $1200!

I knew the book was rare and I knew L'Engle had a lot of fans, but I never dreamed a copy of ILSA could be worth that much money. And it got me excited, as I knew of a place that was selling a signed copy of this same book for "only" $600. I decided I should buy that copy and then immediately list it on eBay. There were obviously a lot of people already interested in buying it...and since this copy was actually signed by Madeleine L'Engle it would probably sell for even more $1200. I was starting to envision $1500...$1800...and even wondered if two grand was too grand to expect. The problem was that I didn't have the $600 seed money. Then I remembered that, for the past six months, I'd been socking away $50 per paycheck -- a grand total of exactly $600! -- to cover my biannual car insurance payment. The bill was coming due in a few weeks, but I figured that if I used that amount to buy ILSA, then quickly sold the book for a fortune, I'd be able to replenish the car insurance money with at least $1000 profit on the side.

So that night I used my car insurance money to buy a signed first edition of ILSA. I listed it on eBay with a minimum price of $1000. Then sat back waiting for the bids to come in.

I waited and waited.

Still, I wasn't worried. I knew there were plenty of people out there who wanted this book. Hadn't I seen them bidding on that $1200 copy earlier in the week? I was sure they were just waiting till the last minute -- as Ebay buyers do -- to place their bids.

Then came the end of the auction. I planted myself in front of the computer as the minutes ticked down, repeatedly hitting the "refresh" button so I could view the bidding. Five minutes...four...three....two...one...thirty seconds...ten seconds....

Finally I hit the refresh button and saw that the auction had ended.

Not one blasted bid!

Where were all the people who'd been bidding in a frenzy for that earlier copy of ILSA? Why didn't they bid on this copy?

Even worse: what was I going to do now that I'd spent all my car insurance money on this book?

That's when this incident turned into a horror story.

I'd lie in bed at night listening to the clock. Tick-tock, tick-tock soon began to sound like IL-SA, IL-SA.

Sometimes, as in all tales of terror, it would start to rain and the sound of raindrops on the roof -- plip-plop, plip-plop -- also began to echo the word IL-SA, IL-SA.

When I finally closed my eyes, colored shapes began to swirl behind my eyelids... 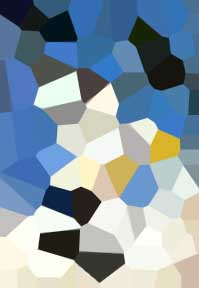 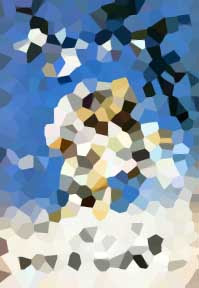 Until all the pieces fit together... 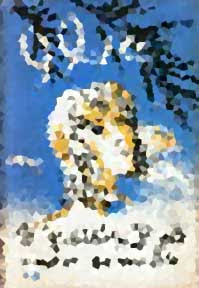 Then I would finally doze off... 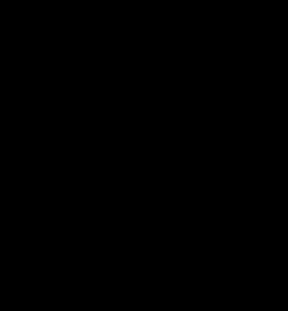 Only to be jolted awake as if someone had zapped me with a cattle prod, neon images of Ilsa flickering through my mind: 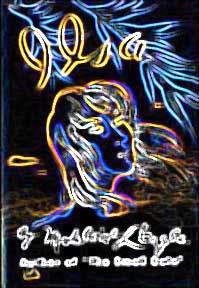 The next morning I'd have sharp pains in my stomach and knew I was getting an ulcer.

It sounded like the name of a bad children's book.

With the days ticking down (IL-SA, IL-SA) till my insurance bill was due, I made a frantic last-ditch effort to sell the book again. I re-listed ILSA on eBay for a much lower cost...a bargain basement sale price of $650. Once again, nobody placed any bids on the book. Every time I checked eBay a chill would run down my back as if someone were walking on my grave. I began to imagine that Ilsa herself was walking on my grave. But finally, in the last minute of the last hour of the last day it was listed, someone bid $650 on the book.

Then he asked ("since I spent so much on the book") if I'd be willing to ship it for free. Heck, at that point I would have agreed to hand-deliver the book to his house in Pennsylvania just to clinch the deal.

I know what you're thinking: at least I made some kind of profit on the deal...but I'm not so sure. After all the eBay fees involved, plus the free shipping I agree to, I don't think I broke even! But I did have enough to pay my car insurance bill -- which I promptly did!

In the ensuing years, I have continued to sell an occasional book on eBay and have made the occasional small profit. But I've never again risked big money in hopes of making a killing. I'm just not cut out for the high-stakes world of wheeling and dealing.

Today, just seeing a reference to Madeleine L'Engle's ILSA makes me break into a cold sweat.

And it's not even a scary book!

But ILSA has become my personal queen of terror.
Posted by Peter D. Sieruta at 8:42 AM

LOL. This post cracked me up. Quite a command of the Photoshop filters you have there. I've never read Ilsa but am very curious now.

btw, Maleficent from Disney's Sleeping Beauty used to scare the crap out of me as a child.

A fantastic story! Could easily have been a Russian Fairy Tale if the insurance company was in a hut on chicken legs and the buyer was a sparrow who took the shape of a man once a month to place eBay bids.

Everyone who's ever bought something in hopes of selling it for a nice profit feels for you on this one. How could there be no bids?! Thanks for another great post.

What Anonymous said. Second comment. Even the Maleficent part.

We liked the content and the article. Worth the time.

For hours I have been looking and reading other articles about Ilsa, Queen of Terror.
By the way what a bunch of viagra online blogs related are in the web!, just amazing.
But back to topic, your post is by far the most interesting, accurate and informative.
Thanks for sharing and have a nice day.

Bwahaha! Great post! My daughter's name is Ilsa and I'm a big L'Engle fan (although I only today became aware of the book). I'd love to read it. My Ilsa isn't exactly a Queen of Terror, although she does occasionally give me nightmares ;)