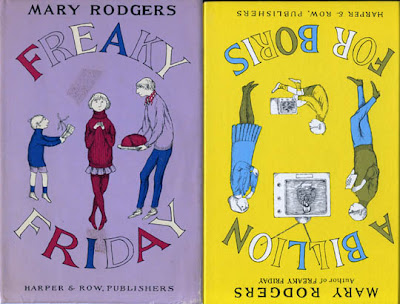 Ann Arbor, Michigan has always been a great city for bookstores. When I was a kid, I was lucky enough to have an aunt who lived there, so once in a great while I'd set aside some of my paper route earnings and go visit Aunt Tony in Ann Arbor, where we'd spend a couple days going from bookstore to bookstore to bookstore. Even though she was a retired widow, Aunt Tony -- who tooled around town in a red Karmann Ghia -- fit right in with Ann Arbor's youthful culture. She was bright and energetic (if she came out of a store or museum or bank and discovered it was raining, she'd simply take off her shoes and run to the car barefoot) and had lots of interests. She also had some very firm opinions. I learned about one of them when I went to visit her in 1972:

We were discussing JONATHAN LIVINGSTON SEAGULL by Richard Bach. This story of a philosophizing seabird was a bookselling phenomenon and everywhere you went that summer (especially in a college town like Ann Arbor) you'd see people carrying around that slim blue hardcover book. Aunt Tony was curious to know what all the fuss was about, but:

The next morning, as we got in the Karmann Ghia and headed for the first of many bookstore stops, Aunt Tony said, "I decided I am going to read that Seagull book."

"Oh, I wouldn't!" she said. "But I figure if I just read a few pages of the book at each store we visit today, I'll have it finished in no time."

She waved off my objections and, a few minutes later, when we arrived at Border's, I headed for the children's book section and she asked the clerk for JONATHAN LIVINGSTON SEAGULL. This was the very first Border's in the country and had just opened a year earlier. It was also decades before Borders began serving lattes and biscotti and encouraging you to sit around reading their books. Reading wasn't DIScouraged in bookstores back then, but it certainly wasn't encouraged either. Just weeks before I had gotten yelled at in a local bookstore for standing around reading ("This isn't a library!" an employee snapped) and I'd only read a page or two -- not an entire book. So I was quite sure Aunt Tony was going to get yelled at, maybe even arrested.

When I finished browsing at Border's that morning, I found Aunt Tony perched on the side of a display table, nose buried deep in JLS. "I'm up to page 26," she announced and I said, "Shhhhh!" glancing guiltily at the clerks behind the nearby counter.

And so it went for the rest of that day, as we visited Logo's Bookstore ("I"m up to page 43!" "Shhhhh!"), Spangler's ("Page 67!" "Shhhhh!"), and Ulrich's, where they had many many aisles of textbooks where she could have hidden out, but instead chose to brazenly read the book right in front of the information desk ("Page 82!" "Shhhhh!") After dinner that night, we stopped at a Little Professor bookstore where Aunt Tony finally turned the last page, then held the book over her head in triumph and said, "I finished it!" ("SHHHHH!!!") On the way home, she talked about JONATHAN LIVINGSTON SEAGULL and said she'd enjoyed it, but:

"And I would never stand around reading an entire book in a bookstore!" I thought sanctimoniously.

Then I ended up doing it.

The scene of the crime: B. Dalton's at a local mall.

I had read, and loved, the author's FREAKY FRIDAY when it was published a couple years earlier -- laughing so hard at the scenario (thirteen-year-old Annabel Andrews changing places with her mother) and the witty dialogue that my stomach literally hurt after I finished the book. I don't think I even knew about the sequel before I saw it on the shelf at B. Dalton's...but as soon as I picked up the book (which concerns Annabel's neighbor Boris and a television set that broadcast tomorrow's news) I knew that I had to read it. Immediately. Now. Even though I didn't have a cent in my pocket.

So, following in Aunt Tony's footsteps, I planted my own feet in front of the shelf and began reading. I didn't even spread my larceny around, going from store to store and reading a chapter here, a chapter there. No, I read the entire book from cover to cover right then and there, even though it took two and a half hours and the store was almost closing before I finished.

And it was worth it! I found A BILLION FOR BORIS to be as fresh and funny as its predecessor and I loved every page of it.

The main problem with reading a book in a store is, of course, that you have to put it back on the shelf and leave it behind when you finish it. Since 1974, whenever I felt like reading BORIS again, I'd have to check it out of the library (that place where the free reading of books is not only allowed, it's encouraged!) and always wished I had copy of my own.

Finally, a few years ago, I ordered a copy of A BILLION FOR BORIS from a used bookstore. What an upside-down, backwards way of doing business this is, I thought (I actually thought those words!), reading a $4.95 book for free as a teenager and then buying it, twenty-five years later for $30.00.

Annabel Andrews begins her story with these words: "You are not going to believe me, nobody in their right minds could possibly believe me, but it's true, really it is!"

Well, you're not going to believe me about this either, but "it's true, really it is!" When my copy of A BILLION FOR BORIS arrived in the mail, the book was actually bound upside-down and backwards. You had to flip it over, so that the blank back yellow panel of the book is facing the front, in order to read it. If someone saw me reading this book, it would appear that I was holding the volume upside-down.

These kinds of manufacturing problems aren't unheard of in publishing. People who hear that a double-headed nickel or misprinted postage stamp can be worth millions often wonder if the same is true for books. I'm sure there are some cases where problems in historic or rare volumes increase their value, but when these things (different colored endpapers, blank pages, etc.) occur in most twentieth-century children's books, they might add some interest to the book as a conversation piece, but probably add no real value.

A BILLION FOR BORIS
by Mary Rodgers
Harper and Row, 1974

Well-loved and well-remembered stories of the seventies.

Both have been made into movies; in fact FREAKY FRIDAY has been filmed twice.

Edward Gorey fans will want these dustjackets for their collection.

Both books have the words "FIRST EDITION" on the copyright page.

I can only assume that both books had large first printings, as they are surprisingly easy to find for moderate prices -- about $30 each.
Posted by Peter D. Sieruta at 9:06 AM

I can't recall how I found this blog and bookmarked it, but how serendipitous that I looked at it today. I grew up in Ann Arbor and moved back here after college. I remember the first dusty Borders, then the new one across the street. That was where I read all the YA I could, once I'd read my way through the Ann Arbor library's youth department. I was gentle with the books, and the employees never seemed to mind. Logos! And the old Little Professor! Ulrich's is still here, and Nicola's Books split from LP years ago and is much better. In a week or so, Borders is opening their third local megastore, their "store of the future", in a strip mall on land that was cornfields at the edge of town when you were reading your way through all the bookstores.
(We had a bright light blue Karmann Ghia, too. Two of them, actually.)