"Gee Miss Landers, I Really Messed Up This Time, Didn't I?"

Does anyone remember the episode from LEAVE IT TO BEAVER in which Theodore "Beaver" Cleaver struggles over reading THE THREE MUSKETEERS for a book report? One of his friends suggests that, rather than read that thick old novel, he instead watch a film version which (conveniently) is playing on TV that evening.

What the Beaver doesn't realize is that the movie he watches is not a true adaptation of the Alexandre Dumas classic, but instead a slapstick farce. Hilarity ensues when Beaver reads his comical book report aloud to the class. His teacher does not find it funny and the Beav learns a valuable lesson about the importance of education and the folly of cheating.

It's been years since I've seen the show, but I think we can safely say that the following lines of dialogue were used somewhere in that episode:

Beaver's friend Gilbert or Whitey or Larry Mondello (it doesn't matter which one; they all served mainly to get him in trouble) : "Go ahead, Beav, just watch the movie instead!"

Beaver's teacher, Miss Landers or Mrs. Rayburn (it doesn't matter which one; they both served mainly to keep him on the straight and narrow) : "Children, children, stop laughing! And Theodore, I want to speak to you after class."

Wally Cleaver: "Gee Beav, you really messed up this time."

Ward Cleaver: "Beaver, I think we need to have a little talk."

I thought about this particular episode today when I realized how many of 2010's most talked-about children's books have very familiar titles...titles that have already been used on the silver screen.

Oh what trouble Beaver could get into if he was assigned to write a book report these days!

I suspect he'd sign up to read ONE CRAZY SUMMER by Rita Williams-Garcia because he heard there were panthers in it. Unfortunately, it turns out not to be an animal story. And because there are no African Americans in his hometown of Mayfield, the Beaver doesn't really "get" this book... 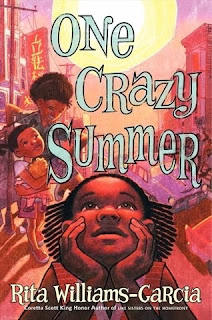 ...so he instead watches this 1986 brat-pack flick starring John Cusack and Demi Moore. 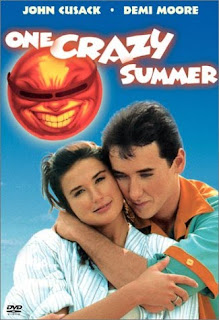 Everyone gets Demi Moore.

Bogged down by the informational sections in COUNTDOWN by Deborah Wiles... 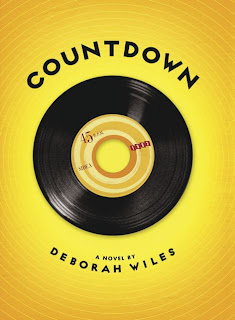 ...he opts instead for this 1968 James Caan film about an astronaut on the moon: 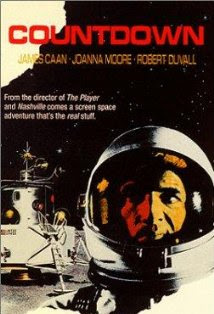 With his head still stuck in the fifties, Beaver finds this movie silly. "A man on the moon? That's about as hard to imagine as an African American in Mayfield."

While it's true that Pam Munoz Ryan's THE DREAMER utilizes a large font, big margins, and lots of white space, 372 pages is still 372 pages... 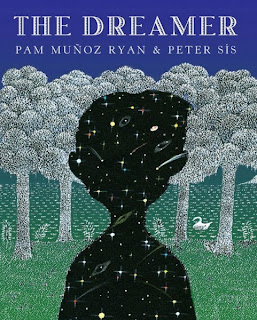 ...so Beaver watches this similarly-titled movie instead: 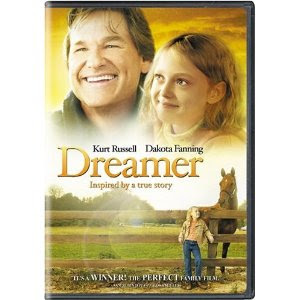 Miss Landers decides that Dakota Fanning is no substitute for Pablo Neruda.

Assigned to read the new fantasy RECKLESS by Cornelia Funke... 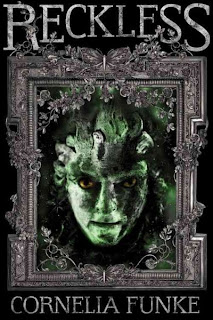 ...the Beav opts for a funky juvenile delinquent film from 1984 starring Aidan Quinn and Daryl Hannah: 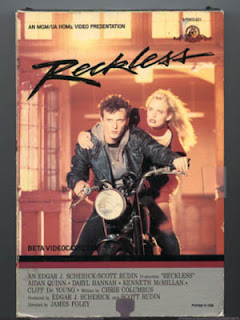 Now what schoolboy -- even a nice, wholesome Mayfield boy like the Beaver -- would choose to read Sonya Hartnett's sensitive and lyrical novel BUTTERFLY... 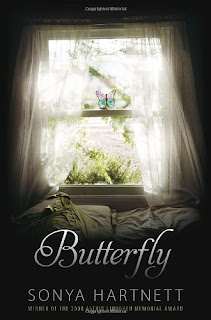 ...when the movie BUTTERFLY promises "Incest, murder, and revenge" -- plus Pia Zadora! 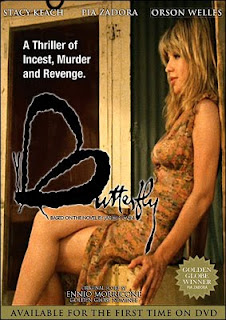 When June learns Beaver has watched this film, she cries. She then tells Ward he needs to have a little talk with their son. 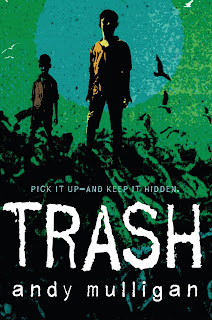 ...that he orders the 1970 Andy Warhol movie TRASH from Netflix instead. 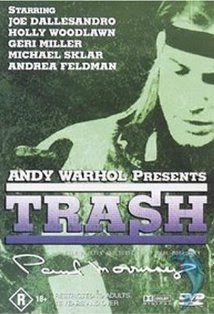 Miss Landers is so horrified by the Beaver's oral book report that she expels him from school!

And these aren't the only 2010 titles that have been used by filmdom. There's DARK WATER...REVOLVER...LOCKDOWN...probably many more.

Of course none of these events actually happened. Theodore "Beaver" Cleaver is a fictional character and, even if he were a real person, he'd now be long grown and probably living in a retirement community.

But the themes and stories from LEAVE IT TO BEAVER have proven to be both universal and timeless. That's why it's still a success in reruns.

So while the scenarios in today's blog didn't actually happen on the old series, I suspect that they will occur in a school near yours sometime in the future.

It may happen tomorrow, or next month, or next year, but one of these days a young boy or girl will get up to give a book report on ONE CRAZY SUMMER and say that their favorite scene was when Demi Moore and John Cusack first meet...or they'll describe the main characters in Andy Milligan book TRASH as a heroin addict and his transvestite girlfriend....
Posted by Peter D. Sieruta at 10:58 AM

ROFL. I remember such an incident -- in my AP English class, no less. One of my group members didn't have time to read The Razor's Edge so she watched the film adaptation and then, during our class presentation, started spouting details from the movie that didn't appear in the book. Fortunately I don't think anyone else in the class had read it -- including the teacher. :-P

My picture book, Happy Feet, about Harlem's Savoy--the first integrated dance hall, came out a year before the Robin Williams' movie of the same name. I can still see the disappointment on the kid's faces when, during my school visits, I had to explain that my book wasn't about dancing penguins.

(I wrote an essay about the mix-up for PW. Not sure how to link but I'll try: http://www.publishersweekly.com/pw/by-topic/columns-and-blogs/soapbox/article/2540-from-cold-feet-to-happy-feet-.html

Your post really made me chuckle. I can remember writing a book report using the classic comic version, which was at least close to the real deal.
When I was teaching, more than once I would say to the kids about a book assignment "ok, I have read the CliffNotes, seen the movie, read the classic comic, or graphic novel and everyother short cut. DON'T USE THE -I WILL KNOW" all the while thinking about things like the Beaver or my own behavior.
Great Post:)

Website is very comprehensive and informative. I have enjoyed the visit. From www.giftbasketshongkong.hk.

This is very informative blog site. I like your way of explanation with impressive pics.I love when you share your views through the best articles.Keep sharing and posting articles like these.This article has helped me a lot.Keep posting this stuff.