One of my best blogging moments occurred a couple weeks back, when I published the 1973 through 1976 preliminary lists of Newbery nominees. This was, I believe, the first time these lists had appeared on the internet and I was excited to be the one who shared them. As discussed before, these nomination lists had a huge influence on my own work as a writer and a

reader. I’ve often wondered how the listed authors felt when they learned their books were nominated for the Newbery. Did it give them a boost of self-confidence? Did it provide more publishing opportunities for them? Former Harper editor Fran Manushkin wrote to say she was “delighted to see C. L. Rinaldo's first and only novel on the list. I was its editor at Harper & Row --it was an unsolicited ms.” We actually have two copies of this book in the library where I work, on the shelf right outside my office, so I see it every night when I close up shop and lock the door. It’s been over thirty years since I read it, but I remember DARK DREAMS as a quiet, unsettling novel -- one that might not have widespread appeal, but would strongly impact special readers. If C. L. Rinaldo had won the Newbery, would we now see an entire row of the author’s books on the shelves, or would this still be the only one?

I was also thrilled to get this note from author Elizabeth Winthrop, who found her books WALKING AWAY and A LITTLE DEMONSTRATION OF AFFECTION on the lists:

Peter, a million thanks to you. I had no idea until you posted these lists that my first two novels were considered for the Newbery. What a lovely piece of my own publishing history you've just given me.

I remember both Ms. Winthrop’s books very well. In fact, A LITTLE DEMONSTRATION OF AFFECTION has never completely left my mind since 1975. 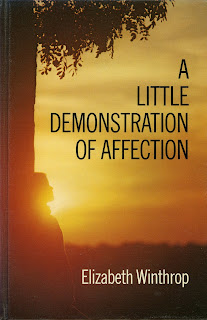 What a daring, yet subtle, novel. The story concerns a summer of growing closeness between thirteen-year-old Jenny and her older brother. After their dog is killed, the two reach out to each other (“She pressed her face against his chest, smelling the clean cotton of his shirt and the damp skin beneath. He was kissing the top of her head and whispering to her, “Oh Jenny, God.” They rocked gently together, his hand sliding over and over again down the smooth length of her hair. The trembling finally stopped, but they hung on to each other for a very long time. “) and the narrative sensitively describes their subsequent confusion. Thinking about this book today, I wonder if it could ever be published in 2010. It actually seems too grown-up to be published today. Yeah, I know what you’re thinking: how could a story written way back before the Bicentennial be considered too mature for the let-it-all-hang-out YA literary pantheon of the 21st century? But I can’t help but think if such a novel were written today, it would be trumpeted as a book about incest or sexual abuse rather than a wonderfully thoughtful and emotional examination of “a little demonstration of affection.”

I felt the same way when I saw Isabelle Holland’s 1972 novel THE MAN WITHOUT A FACE on the Newbery nomination list. One of the most acclaimed books of the early seventies, it became a minor classic and remains in print today. Charles narrates the story of his fourteenth summer, during which the lonely teenager is tutored by Justin McLeod, a local teacher with a horribly scarred face. 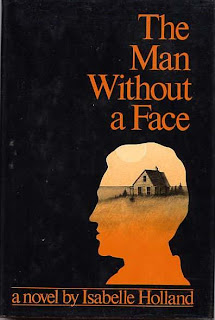 Their relationship culminates (again, after the death of a dog) in a subtly-portrayed sexual incident. The reviews were excellent. The New York Times, in describing the relationship between Charles and Mr. McLeod, said, ““Their sublimated love leads to the expected -- a sort of homosexual “Summer of ‘42” sexual experience (carefully not described in in the book.)” The Horn Book noted, “The author handles the homosexual experience with taste and discretion; the act of love between Justin and Charles is a necessary emotional catharsis for the boy within the context of his story, and is developed with perception and restraint.” Of the original 1972 reviews I've tracked down, I've only found one -- from Lillian Gerhardt in Library Journal -- that utters the “P” word: "pederast." Yet one wonders, again, if such a novel could be published in 2010 without being described as a book about child molestation or pedophilia. Look at a few of the harsher Amazon.com reviews from contemporary readers. One says, “Child molesters only need read," then compares it to the Mel Gibson filmization: “In the film we have a noble soul, the teacher, who has had his life ruined by false accusations. In the book we have a pervert who rapes little boys" and concludes with “The book should have ended with the teacher being strung up to die; that was the fate he deserved.” Another reader complains: "The scenes are graphic, and the author's not really condemnatory about it at all. I sent a notification to Amazon about this, citing chapter and verse from the text, but they ignored my communication and, to my amazement, are still selling it.”

It's fascinating to see how perspectives change over time.

The Newbery nomination lists from the 1970s very effectively showcase a "moment in time." Books for kids were "growing up" and dealing with more mature topics. For the most part, people seemed to be fairly accepting of these books. I don't recall hearing the words "incest" or "child molestation" bandied about. I don't remember these two novels being challenged in libraries back then.

But I think they might be, if they were released for the first time today.

Of course, if published these days, they'd likely be much more explicit in both description and language. Despite the Amazon reviewer's comment about the "graphic" scenes, the incident in THE MAN WITHOUT A FACE is so subtly portrayed that it went right over my (naive young) head when I first read the book as a teenager. Books in the seventies tended to be subtler, quieter, more introspective.

Heck, DARK DREAMS is probably too quiet and introspective to be published today as well.

Ultimately, any list of books from any given year provides a photograph of its era. Five years ago we were complaining about pastel candy-colored bookjackets and the proliferation of "chicklit." Today you go in a bookstore and see mostly dark dustjackets and themes. Vampires. Werewolves. Dystopias. Every other book is 500 pages. Every third protagonist has Asperger's.

Rightly, wrongly, love it, hate it -- it's our moment in time.

Thirty years from now, what will they think of us?
Posted by Peter D. Sieruta at 9:57 AM

I remember being unsettled by The Man Without a Face... I wasn't sure what had happened. I can't mentally reconstruct whether I had some inkling or was too naive to make the connection. But I like the book a lot.

I'll have to look up the others you mentioned... somehow they never surfaced at my library back then.

I don't remember either of those books. I'd like to read them.

I don't have much to say here, just dang, that was a great post. Thanks.

omg, just thinking about what a stink the word "scrotum" caused a few yrs. ago . . . talk about much ado about nothing .. . . we seem to have the self-appointed morality police on full alert these days.

Reading is the most ideal habit of a person... So a adult we should encourage our children's to make the reading habit part of their daily routine in order them to gather knowledge and be able them to expand their intelligence.. We should encourage them to read books for young children as their fundamental source.